on August 16, 2010
After the sweaty rush of putting the exhibit together at Café Lisboa, we spent the weekend cooling off in the Sierra de Albarracín, where it was at least twenty degrees cooler than in Valencia, though amazingly only a few hours north by car. The geography of mountains, spring streams, and prime woodland was rejuvenating, while Albarracín, a jewel tucked away in the deepest ravine of the sierra, is one of the most esthetically moving towns I have ever experienced. 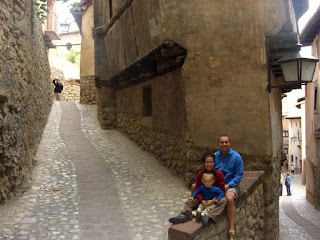 Here we are, a rare shot of us all, in front of the house of a supposed commoner, at least at one time, called the Casa de la Julianeta. 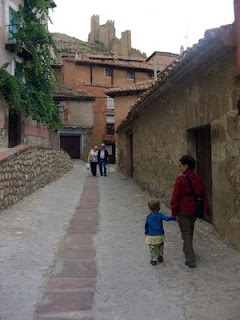 The town castle, probably built by the Muslims when Albarracín was a taifa, or a small independent Muslim kingdom. 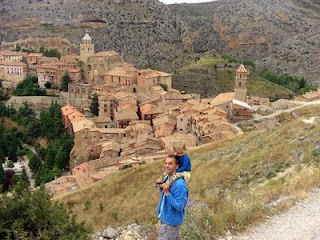 A chunk of the town from the castle. 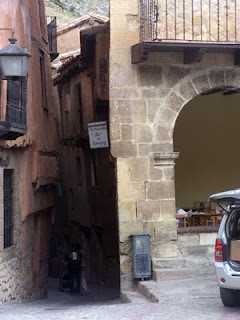 A typical chiselled road leading in to the main square. How that car managed to get in I have no idea. 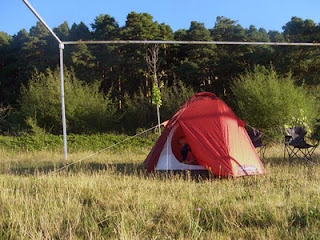 Of course no outing would be complete without a painting contest. Here's what I managed to do in the small town of Alustante. If you're thinking something doesn't quite work, I'd say it's the composition. The focus is dead in the centre, a no-no for this kind of painting.
Albarracín Plein air