on October 07, 2011
We made the effort to stay up the night last weekend for Nuit Blanche in Toronto, and it was worth it.  It was inspiring to see so many people out, taking over the streets, for art. 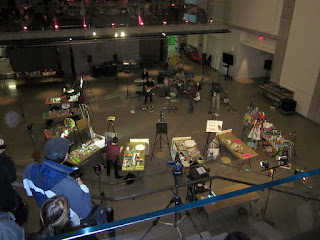 The AGO organized an interesting painting competition.  Rather than paint from nude models in the classical sense, contestants - all recognized up-and-coming painters - interpreted whatever spectacle the museum put in the stage.  Here they are painting a performance by a Neil Young knock-off band.  The winner was decided by popular vote. 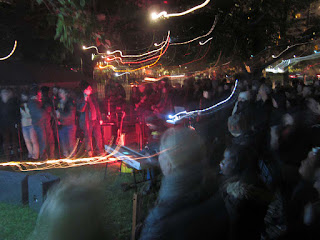 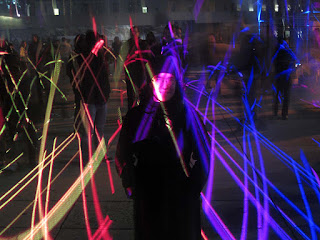 An interesting display of lights (with giant pigeons flown by spectators zipping along cables above) at City Hall.