on June 11, 2012
Busy weekend. We drove north of Valencia to chilly Aragon where I participated in a painting contest in the small town of Bardallur, near Zaragoza. I was awarded 6th prize (out of 7), enough to pay for the trip and materials for a while. 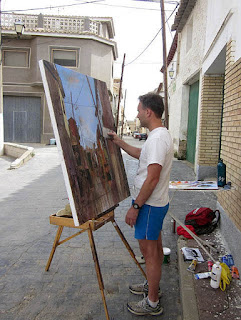 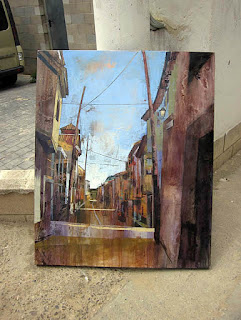 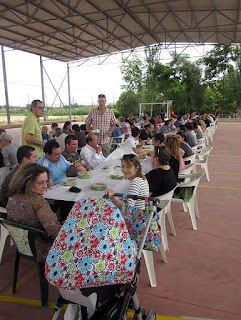 Lunch on the house. Paella with salad, Cariñena wine, dessert, and espresso. 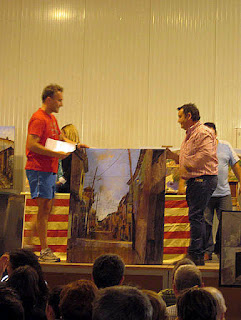 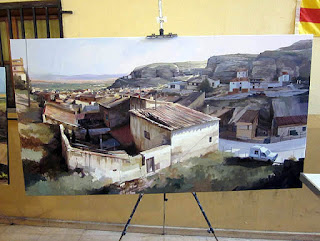 While we were in Aragon, we stopped to the see the vanquished town of Belchite. It gave me goosebumps. Belchite was the site of a major battle in 1937 between fascists and anarchists/socialists (including many Canadian volunteers of the Mackenzie-Papineau Battalion).

The city, with spectacular Roman and Mudéjar architecture, was annihilated, as you can see from the photos. Rather than rebuild Belchite when the Spanish Civil War ended, Franco built a new Belchite from scratch beside the bones of the old one as a memorial to the military force he was prepared to use on his opponents. Not a rock has been moved since. 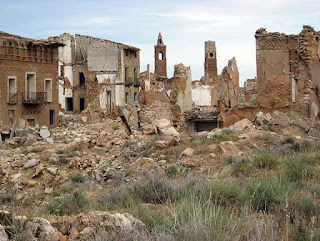 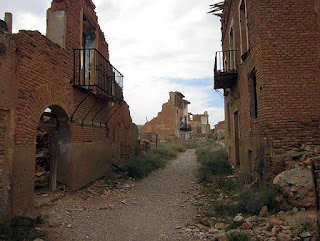 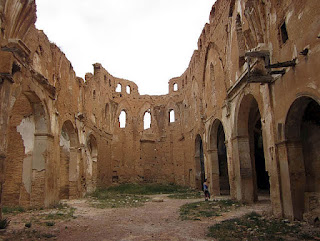 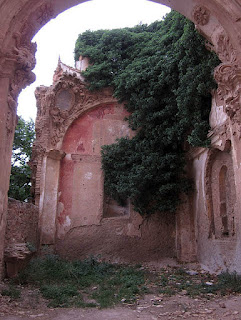 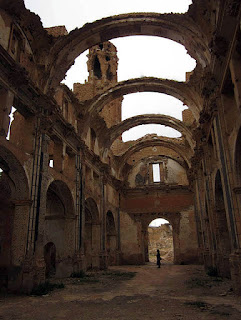 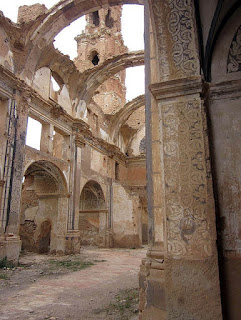 A. teaches a course on the Spanish Civil War this summer. I hope she is able to muster the art necessary to convey the emotional impact Belchite, as a target of war, as a symbol of war's destructiveness, made on us

On the way to Belchite, in the middle of nowhere but wild countryside, we passed a sign that pointed to the "birth house of Goya," a town called Fuendetodos. We had to pull in. 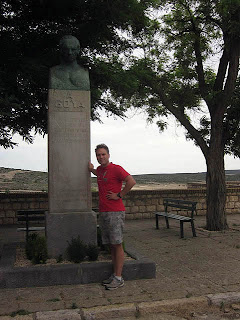 This bust of Goya was erected in 1920 by Zuloaga, nearly as important a painter as Goya. 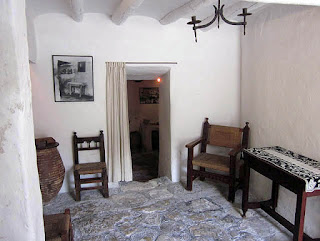 Inside the modest house Goya was born in 1746.

A museum a few steps down the road houses Goya's engravings, including The Disasters of War - some of the most radical, brave art produced in the last two centuries. We left feeling alternatively awed by the beauty of the work and disturbed by its message.

On Sunday, I painted in Ibi, Alicante, some 450 km from Bardallur, and knocked this piece off: 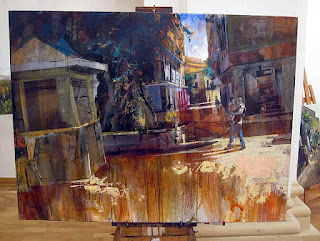 It was strong enough to be "selected," but didn't win a cash award. 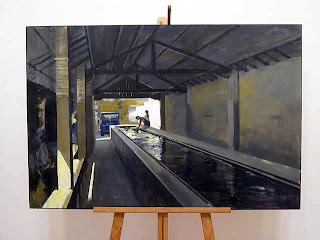 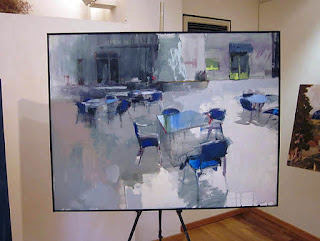