I’ve been to dozens of national parks, from California to South Dakota (they’re mostly in the West) in my almost five years living in the States now. Initially I went in with all the priming and verve anyone does who hasn’t experienced them before: with an expectation of virgin wilderness and perhaps even of the sacred, pure air, trees like nowhere, quiet, freedom from humanity, and a sense I’d leave my worries behind and discover something new about myself. That’s what AAA and the National Park Service tell you to think, what the boosters said and I suspect even what drove in large measure Manifest Destiny

Don’t get me wrong, I enjoy the parks. I like the exercise. I like identifying plants and birds and foraging for foods. I can stomach a bit of geological explanation. But mostly I get a kick out of people-watching, especially, perversely, observing the balloons of expectation blown up by years of environmental romanticism deflate. I think that’s healthy, the deflation. Pssst.

Our last national park outing was to Yosemite. I cracked out a pair of hiking boots I’d bought years ago and hadn’t used much since. But an hour into wearing them, the glue gave out and the soles popped off. No biggie, there was a “village store” I could easily backtrack to, out here roughing it. I used duct tape. A bunch of guys pulling up in VW buses gave me thumbs up. “Nice one, bra.”

Turns out I didn’t need the boots. There were stairs and gravel most of the 5 miles, 3,800 feet up to the top. The crowds, smarter than us, drove up to the top in giant RVs, where they unloaded chairs and dogs and coolers and took the obligatory selfie at the panorama point. A dad and son were flying a drone. Panoramas are not what they used to be.

Maybe it could hide less behind subtlety and form, but this small sculpture in concrete, “National Park (No. 2),” 4” L x 4” W x 8.5” H, tries to express my feelings in a very small way about that trip. 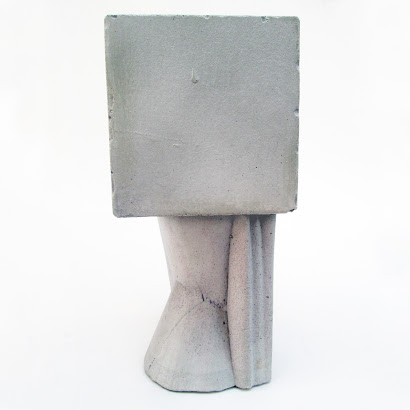 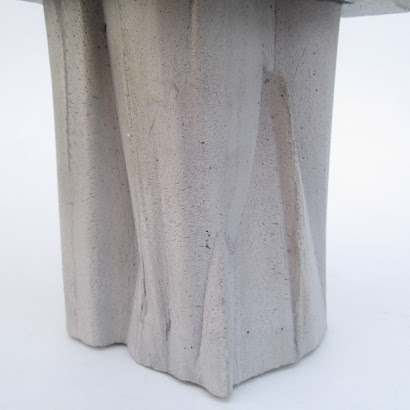 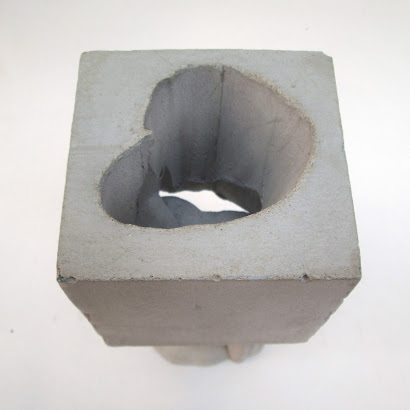 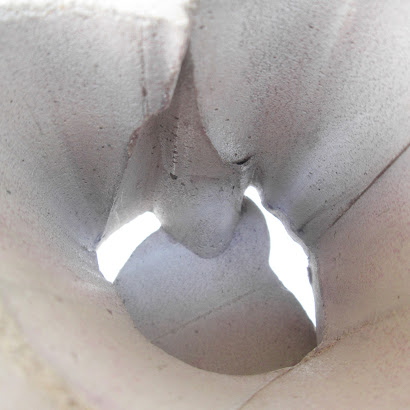 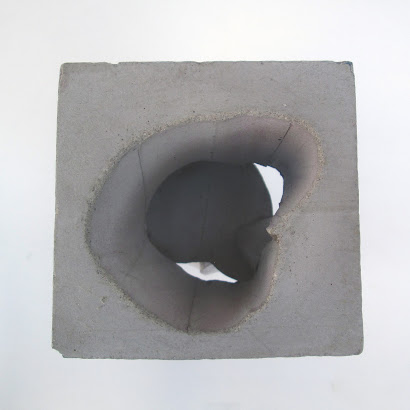